The Lovebirds is streaming on Netflix 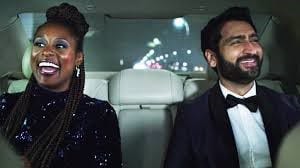 If you’re like me, you could use some quiet time. There’s something to be said for bringing back naps and giving us adults a scheduled block with which we can reflect and recharge. Why? Oh, only because the country is literally on fire and going foo-foo nutty. Let’s take a moment to review, shall we? In the past few weeks alone, we’ve been treated to: 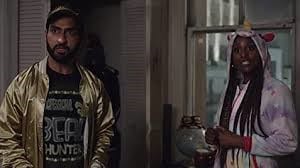 Look, I want to be a better person. I want to take my own responsibility and make things an iota better. G. Willow Wilson wrote, “Good is not a thing you are. It’s a thing you do.” It’s important for us to do what we can to rise above our baser natures. It’s just as important to take a friggin’ break once in a while.

What we all need is a good laundry movie. We’ve talked about this in the past, the need for a movie that you can check out while folding your unmentionables, fighting with relatives online, or wondering which of your neighbors will infect you with the wicked coronavirus. If you want a movie that’s light, fun, and requires so precious little from you, The Lovebirds is the one America needs.

We meet Leilani (Issa Rae) and Jibran (Kumail Nanjiani) at the conclusion of a very successful date. Only, they aren’t quite ready for it to end. They go out to breakfast and slowly discover that, along with having the hots for each other, they genuinely enjoy each other’s company. This could be the beginning of a beautiful relationship. Four years later, the relationship is still going, only it’s a little less than beautiful.

Leilani is an ad executive, the kind of person who seems to have it all figured out, and the kind of person with the confidence to take big risks at any time. Jibran is a documentary filmmaker who obsessively tinkers with his film without letting anyone see it. His life needs to be completely planned out, even time for freaky sex.* Instead of communication, their conversations are filled with sniping, sarcasm, and a creeping fear that they’ve reached the end of the road.

In another film, we might watch these two fight to come apart and struggle to come together. That’s not this film! Instead, on the way to a dinner party, they run into an inconvenience. While arguing in their car, Jibran blazes through a red light and nails a bicyclist. The man is banged up, but still healthy enough to pedal off in a panic. Moments later, Mustache (Paul Sparks) appears. He tells them he’s a cop, he commandeers their car, and proceeds to chase down the bicyclist. Mustache is nothing if not thorough, since he catches up to the cyclist and runs him over several times.

In another film, we might watch these two immediately go to the cops.** That’s not this film! Instead, Jibran and Leilani panic and go on the run. Their plan, such as it is, is to gather evidence to clear their names. To do that, they’ll run afoul of a very cranky horse, a very stupid frat boy, and a sex cult that probably owes royalties to the estate of Stanley Kubrick.

Ever have those long, stressful days that end with you collapsing into a chair with a bowl of ice cream? Odds are you remember those days, and you remember that the ice cream helped to level you out. You probably don’t remember too much about the specifics of the ice cream, other than the fact that it was tasty. Director Michael Showalter has made a film that feels like a lighter and fluffier version of Game Night. At a hair under 90 minutes, he gets the film moving, takes a little time here and there to check in on Leilani and Jibran’s will they/won’t they relationship, and wraps it all up in a reasonable amount of time. Showalter worked with Nanjiani on the excellent The Big Sick, a movie that effortlessly juggled hilarious comedy and real relationship drama. That’s a film I still think of fondly. The Lovebirds is so insubstantial that, while I enjoyed watching it, I doubt I’ll think of it again next month. 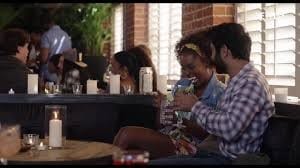 Above all else, a successful comedy must be funny. I should emphasize that, despite its wispiness, the screenplay for The Lovebirds is funny. Screenwriters Aaron Abrams and Brendan Gall love putting their characters through ridiculous situations. Just when they manage to wriggle out of one shenanigan, another shenanigan will rear its head. Better yet, they avoid the exceptionally lame trope of the doofy guy and nagging girl. Both Jibran and Leilani get chances to talk themselves into trouble, act irrational, then one (or both) must figure out a way out.

This is also one of those movies where we watch charismatic and pretty people be pretty and charismatic. Nothing against the rest of the cast, who all do fine work, but Issa Rae and Kumail Nanjiani command the spotlight for the entire film. Sure, they’re fun and likable, but more importantly, they dodge the trap of playing overly broad clowns. They’re playing people with distinctive worldviews that sometimes mesh and sometimes slam into each other. I liked watching Nanjiani and Rae together. I’d love to see them do a project together with some real meat.

You want to stay current on the news, take steps to make the world suck a little less, and push for goodness? Awesome, do those things. After you’ve written the check, marched, or hugged the people you love, take a moment. Snuggle up on the couch, grab some popcorn/dried kale/Cool Ranch Doritos/buffalo jerky. The Lovebirds is there to provide you with 90 minutes of low-impact nonsense.

*I find that scheduled freaky sex tends to make it 20% less freaky. At least.

**Because, as we all know, the police always give people of color the benefit of the doubt. The movie does have a fantastic gag about that.

Tim Brennan
Tim has been alarmingly enthusiastic about movies ever since childhood. He grew up in Boulder and, foolishly, left Colorado to study Communications in Washington State. Making matters worse, he moved to Connecticut after meeting his too-good-for-him wife. Drawn by the Rockies and a mild climate, he triumphantly returned and settled down back in Boulder County. He's written numerous screenplays, loves hiking, and embarrassed himself in front of Samuel L. Jackson. True story.
Tagged: NetflixThe Lovebirds 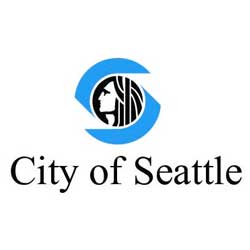 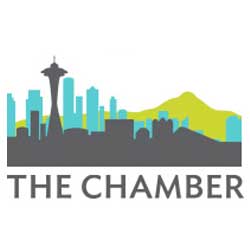 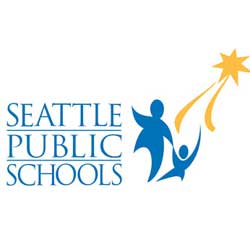 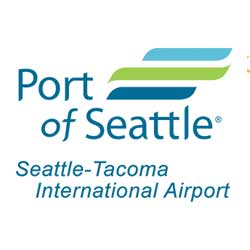 OnSeattle.com is a directory and information guide for Seattle, Washington
Discover the best of Seattle shopping, restaurants, night life, breweries, events, business, outdoors, fun, local life, real estate, transportation, jobs, and schools.
Looking for what to do in Seattle? OnSeattle.com has columnists, and bloggers to keep you up to date on the best of Seattle, Washington.